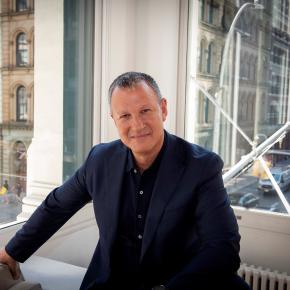 Dr. Erel Margalit, Founder, and Executive Chairman, JVP & Margalit Startup City Dr. Erel Margalit is one of the chief architects of Start-Up Nation, bringing innovation and entrepreneurial leadership to the country's most pressing economic and social challenges. Erel’s journey started in Jerusalem where he is considered the founder of the capital’s tech ecosystem. For three decades, Erel, a former Member of Knesset, has been a visionary leader, championing innovation as a tool for economic growth and an engine for social change. For Erel, the entrepreneurial spirit springs from creativity, and he harnesses his regional economic development success, applying it on an international scale, supporting urban ecosystems with cultural, technological, entrepreneurial, and educational components. JVP is an internationally recognized venture capital fund. JVP’s winning strategy combines company creation with early and late stage investment. Under Erel’s leadership, JVP created more than 150 companies, facilitated 12 IPOs on NASDAQ, and orchestrated an additional 24 industry acquisitions to leading international companies. Erel has raised over $1.5B from the world’s leading investors, and JVP continues to be ranked by Preqin as one of the top-performing funds in the world, with portfolio companies that drive global markets today. The Margalit Start-Up City (MSC) economic model, which has been established by Erel Margalit, creates thematic regional ecosystems with cultural, technological, entrepreneurial, and educational components. Each MSC location is an engine of growth around a particular issue, from media and communication in Jerusalem to the International Cyber Center in the heart of New York City, to cybersecurity in the southern capital of Beer Sheva in Israel’s desert, to the international foodtech center in the Galilee, to digital health in the port city of Haifa. MSC’s international innovation centers created tens of thousands of jobs domestically and internationally, in a wide variety of outstanding companies that define the global innovation economy. MSC’s centers of excellence also enhance human capital, empowering the next generation of entrepreneurs through a socio-economic non-profit called Margalit Startup City Community “Bakehila.”