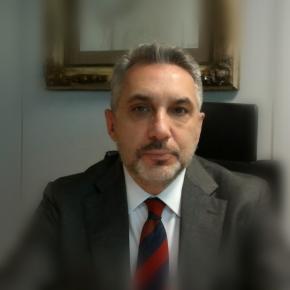 Alfio Rapisarda, Group Head of Security Eni since February 2015.
He has been with Eni since 2002, and over the years has held various positions in Italy and abroad, both in Security and Human Resources management.
He started his career in 1982, as an officer in the Guardia di Finanza, engaged in command and investigation roles mainly focused on the fight against economic crimes, drug trafficking and organised crime. Subsequently, he joined the italian Intelligence, working in the area of international counter-terrorism.
In 2002 he joined Eni as head of the Group's Security Policies and Standards, implementing new international best practices for Eni and its subsidiaries; subsequently he was Regional Security manager for the Americas, Asia and Oceania, based in the United States and, from 2009 to 2014, head of Human Resources in Africa and then as Vice-president Human Resources for the Americas, Asia and Oceania of Eni's Upstream sector.
With a degree in Law, a degree in Economic and Financial Security Sciences and a Master in Security Management from Bocconi University, he is a University lecturer and conference speaker in the field of intelligence and corporate security.