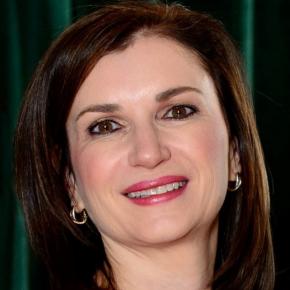 Board of Directors, OpenAxes, USA

Dr. Galina Datskovsky, CRM, FAI and serial entrepreneur is an internationally recognized privacy, compliance and security expert. She is currently serving on several boards where she applies her knowledge and strategic guidance in building business, product development, governance policies and cyber security. Formerly Senior Vice President of Information Governance at HP, SVP and GM Information Governance at CA, CEO of MDY Advanced Technologies. She served as Chair, President, President Elect and Director of ARMA International (2007-2013). She was inducted into the company of fellows in 2014. In addition, Galina currently sits on the advisory board of the Executive Woman’s Forum and is part of the Voice Privacy Alliance. She is a champion of the entrepreneurial spirit as she has served on the board of multiple startups, assisting with strategy and continues to support the startup community. Galina served as Chair, President, President Elect and Director of ARMA International (2007-2013) and has been widely published in academic journals, speaking frequently for industry organizations such as AIIM, ARMA SINET, EWF, ILTA, IQPC and MER. Throughout Galina’s career she has been the recipient of numerous awards. Most notably she was designated a Distinguished Engineer while at CA (2006-10), was the recipient of the prestigious Emmet Leahy award (2013) and was named a Fellow of ARMA International (2014) Prior to founding MDY, Galina consulted for IBM and Bell Labs and taught at the Fordham University Graduate School of Business and the Graduate School of Arts and Sciences at Columbia University. She earned her doctoral, master’s and bachelor’s degrees in Computer Science from Columbia University.