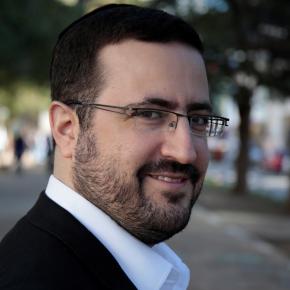 Moshe Friedman, 43, married with 5 kids, Bnei Brak, Israel, belongs to one of the most illustrious rabbinical families in the Haredi (ultra-Orthodox) world. He studied in the most prestigious institutions of the Haredi community for more than 15 years (Hebron Yeshiva - Jerusalem, Kollel Chazon Ish - Bnei Brak). At the age of 30 Moshe founded Clipop, a start-up company in the on-line video field, and later on become a social entrepreneur leading Haredi integration into the Israeli workforce, especially the hi-tech industry. Moshe also co-founded KamaTech, a coalition of 80 large hi-tech companies (i.e. Cisco, Google, Microsoft, Facebook, Intel, IBM, etc.) to help Haredis integrate into the hi-tech industry. And also KamaTech accelerator for entrepreneurs from the Ultra-Orthodox community in Israel. More than 20,000 Haredi men and women from the Haredi community are part of the KamaTech community, and getting help through KamaTech to get training, placement and also to become successful entrepreneurs, KamaTech won 4 times in a row the prize of the best social program in Israel by GeekTime (2015-2016-2018-2019) Moshe founded 12Angels, the first ever Venture Capital fund to invest in Haredi startups, together with 80 leaders of the Israeli high tech industry. Moshe was selected to the U.S state department prestigious international leadership program IVLP, and part of the European ELP program (emerging leaders program). Moshe was selected to be one of 40 "Digital leaders of Israel" a joint leadership program by the Israeli prime minister office, JDC, and Harvard Business School. Moshe was selected by the The Marker magazine as one of the top 100 most influential people in Israel, as well as by Calcalist, Globs choose him as 40 under 40 leaders of Israel, and the Algemeiner chose him as one of the top 100 most influential Jewish people in the world.