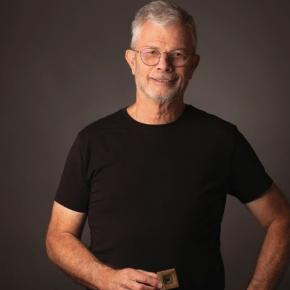 David (Dadi) Perlmutter is a Technology and Social entrepreneur and investor, focusing on investment in growing technology companies in Israel and in social activities to reduce social inequality and creating social, and economic opportunities for the younger generation

Perlmutter serves as a Chairman of Weebit nano and a Chairman of Teramount,  two technology start-ups. Perlmutter is also an investor and director in various start-ups in Israel and Si Valley. He  chairs non-profit organizations (The Israel Innovation Institute (and is active in 3 more none-profit organizations (Tovanot B’Hinuch, Tsofen and Ethiopian Youth leaders of the future). He is a member of the Board of Governors of the Technion – Israel Institute of Technology, and a Board member of the Technion Israel Society.

David (Dadi) Perlmutter served until early 2014 as Executive Vice President and Chief Product Officer of Intel Corporation.  He was responsible for the business and development of Intel’s platform solutions for all computing and communication segments including data centers/cloud, desktops, laptops, handhelds, embedded devices, automotive, and computer electronics. In his tenure, he grew the business from 35B$ in 2008 to more than 50B$ in 2013.

During his 34-year career at Intel, Perlmutter was directly responsible for developing several of Intel's major products and technologies breakthroughs that had an important impact on Intel's business and on the entire industry. In the late 1980's he led a team that developed the architecture of Intel’s Pentium® Processor.  In the 1990's, he led Intel into the Data Center and Cloud with the Intel Pentium® Pro.  In the early 2000s, Perlmutter led the transformation of mobile computing with the Centrino™ Mobile Processor and transformed Intel's product line by creating Core™ Processor lines for the PC and Server markets, which led to significant growth of Intel’s business in the cloud.

Dadi served as a member of the Board of Directors of Mellanox Technologies till its acquisition by nVidia in 2020.

David (Dadi) Perlmutter was born in Tel Aviv, Israel in 1953, he is married with 4 children and 7 grandchildren

Dadi continues with his relentless effort to invest in closing the social gap and inequality to promote equal opportunities to all parts of Israeli society in order to create economic growth to Israel.