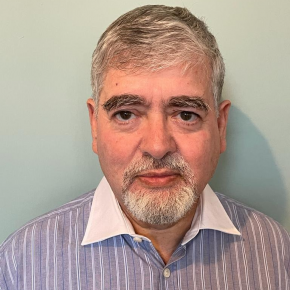 David Nordell is an international cybersecurity and information strategy consultant and thought leader based in Israel, and is a research associate in the Maritime Policy & Strategy Research Centre of Haifa University.
He was senior vice president for strategy and policy for five years of the London-based international cybersecurity think tank, the Centre for Strategic Cyberspace and Security Science, and has spoken extensively at conferences around the world on cybersecurity, cybercrime and related topics. He is a member of Chatham House (the Royal Institute of International Affairs), and has been an invited member of Chatham House workshops on the cybersecurity of space and on the US nuclear weapons command chain. He is a leading expert and thought leader on maritime cybersecurity, both shipping and ports: he spoke on this subject at the International Maritime Organisation, the UN Counter-Terrorism Executive Directorate and several maritime industry conferences, and has also briefed the British government’s National Cyber Security Centre on maritime cyber risk. He organised and chaired the first conference in Israel on maritime cybersecurity as part of CyberTech, one of the largest cybersecurity conferences in the world. Most recently, he spoke at the NATO maritime cybersecurity conference in Crete in September 2021 and the Association of Bulk Terminal Operators annual conference.
In addition, he has spoken at conferences about cyber risks to the financial industry (including briefing the annual conference of risk officers of the International Financial Institutions – IMF, World Bank and regional development banks), healthcare and pharmaceutical industries, the legal industry, and smart cities. Earlier in his career, David was a journalist in Israel for the Associated Press and other international and Israeli publications, and subsequently consulted to the Israel Export Institute and the Ministry of Science and Technology; and was the first professional adviser to the Israeli government on Internet policy during the mid-90s.
David is a member of the advisory board of an Israeli start-up developing technology for high-security tracking of shipping containers, and of the leading organisation of financial crime professionals, MLROs.com (Money Laundering Reporting Officers), as well as an editorial board member of the International Journal of Maritime Crime and Security, and of the Terror Finance Blog.
David has a degree in civil engineering from the University of Southampton (UK) and served for three years in a reserve British Army special forces unit before moving to Israel.
(https://www.linkedin.com/in/davidnordell/)