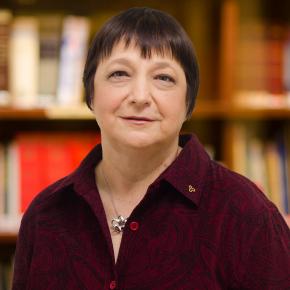 Presinent, The Open University of Israel

Prof. Mimi Ajzenstadt is President of the Open University of Israel, and is a full professor at the Hebrew University of Jerusalem. Prof. Aijzenstadt received a BA degree in education, literature, and Arabic language, and an MA in criminology from the Hebrew University of Jerusalem. She went on to earn a doctorate at Simon Fraser University in Vancouver, Canada. Her research work has been focused on the broad field of law and society, exploring diverse aspects of criminology, gender, and social policy. Prof. Aijzenstadt is the author of four books and nearly eighty articles.

Prof. Ajzenstadt has filled many roles at the Hebrew University of Jerusalem, including Director of The Lafer Center for Women’s and Gender Studies, Head of the institute of Criminology in the Faculty of Law, Provost of the Rothberg International School, and Dean of the Paul Baerwald School of Social Work and Social Welfare. She was a guest professor (visiting professor) at several leading universities around the world, including Maryland, Cambridge, Yale, and Stockholm, and served as editor of major criminology journals. She was also co-editor of the Megamot Interdisciplinary Journal of Social Sciences, together with Prof. Tamar Hermann. In addition, Prof. Ajzenstadt has served as President of the Israeli Law and Society Association, and is a consultant for national and international delinquency and criminology organizations.