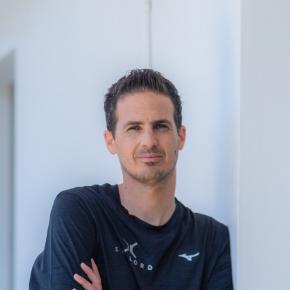 Aviv Shapira
40 years of age, 3 girls, lives in Tel-Aviv.
Aerospace Engineer, mastered in Rocket Propulsion.
Holds two Emmy Awards for the best broadcasting technology of 2013 and 2015.
Aviv Shapira is best known for his work in the sports-tech industry. He co-founded Replay Technologies, which invented a new volumetric video format that has been used at major sports events around the world. After winning two Emmy Awards, Replay was acquired by Intel in 2016.
Aviv began his career as an entrepreneur at the age of 10, with several small business ventures. Since then, he has founded three startups which two went on to be acquired.
With a background in aerospace and over 10 years in the Telepresence space and the drones industry, Aviv is now combining his passion, expertise and hobbies with a new startup called XTEND. The company, in the field of Extended Reality, aims to give people the ability to fly (!) through an immersive experience using VR and Drones.
XTEND is super powering people by enabling operators to interactively experience remote locations live for a variety of professional and consumer applications.
In the last two years, XTEND has given soldiers and security personnel around the globe, the ability to do their missions from remote. From scanning an indoor facility, disposing of IED’s or eliminating rouge drone threats, all can be done using an advanced VR Gesture based system that requires zero learning time.