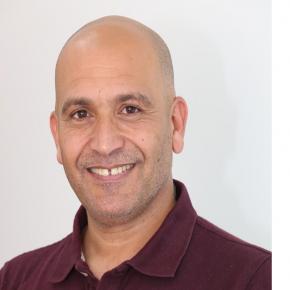 Prof. Jihad El-Sana is a computer scientist heading the Department of Computer Science at Ben Gurion University of the Negev. He received his B.Sc. and M.Sc. in Computer Science from BGU. In 1995 he won a Fulbright Scholarship for doctoral studies in the US. In 1999 he earned a PhD in Computer Science from the State University of New York, Stony Brook. Prof. El-Sana also heads the department's Visual Media Lab, which hosts various research projects in Computer Graphics, Image Processing, Augmented Reality, Computational Geometry, and Document Image Analysis. El-Sana is socially active and has been involved in various NGO projects geared toward the development of the Arab society in the Negev, through education. He is currently serving as the head of AHD – The Academic Association for the development of the Arab Society in the Negev and has been among the driving force behind the establishment of the AHD High School for Science.