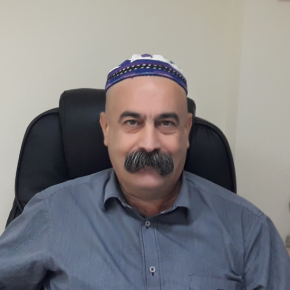 Vice Director General, Director of the administration of technological, Ministry of education, Israel

Fares was born in 1960 in the village of Hurfish

In 1993, he established an elementary-community school in Hurfish, which was a novelty. As principal of this school, he received the President's Education Award in 1997, and together with the entire school, he won the General Tamari Award for Excellence in Education in 1998

In 2002, Muhana founded and directed the Yarka High school of Sciences which is considered the best high school in Israel by the Ministry of Education

In 2003, upon graduating from the Mandel Leadership Institute, Fares joined the Ministry of Education

Since 2015 he has served as the director of a senior division for national programs. The five-unit matriculation program for matriculation, promoted by Fares, raised the number of people taking the general exam within a few years and was selected as one of the 100 most influential people

In July 2019, Muhana was appointed senior adviser to the Minister of Education, Rabbi Rafi Peretz. From September 2019 to May 2020, Fares also managed the Adult Education Division in the Ministry of Education

In September 2021, Muhana was appointed Deputy Director-General of the Ministry of Education and Head of the Technology Education Administration

Muhana holds a BA in mathematics and statistics, an MA in education systems management, and is a graduate of the prestigious Mandel Leadership Institute